Before getting into my far-fetched-sounding idea about cryptocurrencies as weird, abstract lifeforms evolving and competing in Etherspace, I want to briefly touch on cryptoeconomics.

So, what is cryptoeconomics?

In the video below, Ethereum creator Vitalik Buterin defines cryptoeconomics as,

… the science of using cryptography together with economic incentives in order to achieve information security goals.

Cryptography can be used to prove properties about things that happened in the past. Economic incentives can encourage certain properties of a system to hold into the future. Together these can be used to build systems that were never before possible. This is the science of cryptoeconomics.

For example, Bitcoin uses cryptography to ensure that only the holder of an ‘account’ can spend the Bitcoins inside of it. It also uses financial incentives to encourage people all over the world to ‘mine’ Bitcoin. One of the purposes of mining is that it prevents the ‘double-spending’ of Bitcoins. The system needs both of these to function. So Bitcoin is a cryptoeconomic system that provides a digital currency as its ‘product’.

Cryptoeconomists are using an ever-expanding toolkit to build revolutionary new systems for media, finance, commerce, and even government. I believe they are the architects of our future society, and I think the study of cryptoeconomics will fill textbooks and classrooms in the future.

For now though let’s look at cryptoeconomic systems themselves from a high-level.

A Snake Eating its own Head From the Inside

In the video above Vitalik describes Bitcoin as follows,

What Bitcoin does is it uses incentives that are defined inside of a system, in order to protect and secure that system’s ongoing existence… Now that’s actually really philosophically interesting. It almost feels like a snake eating its own head from the inside. 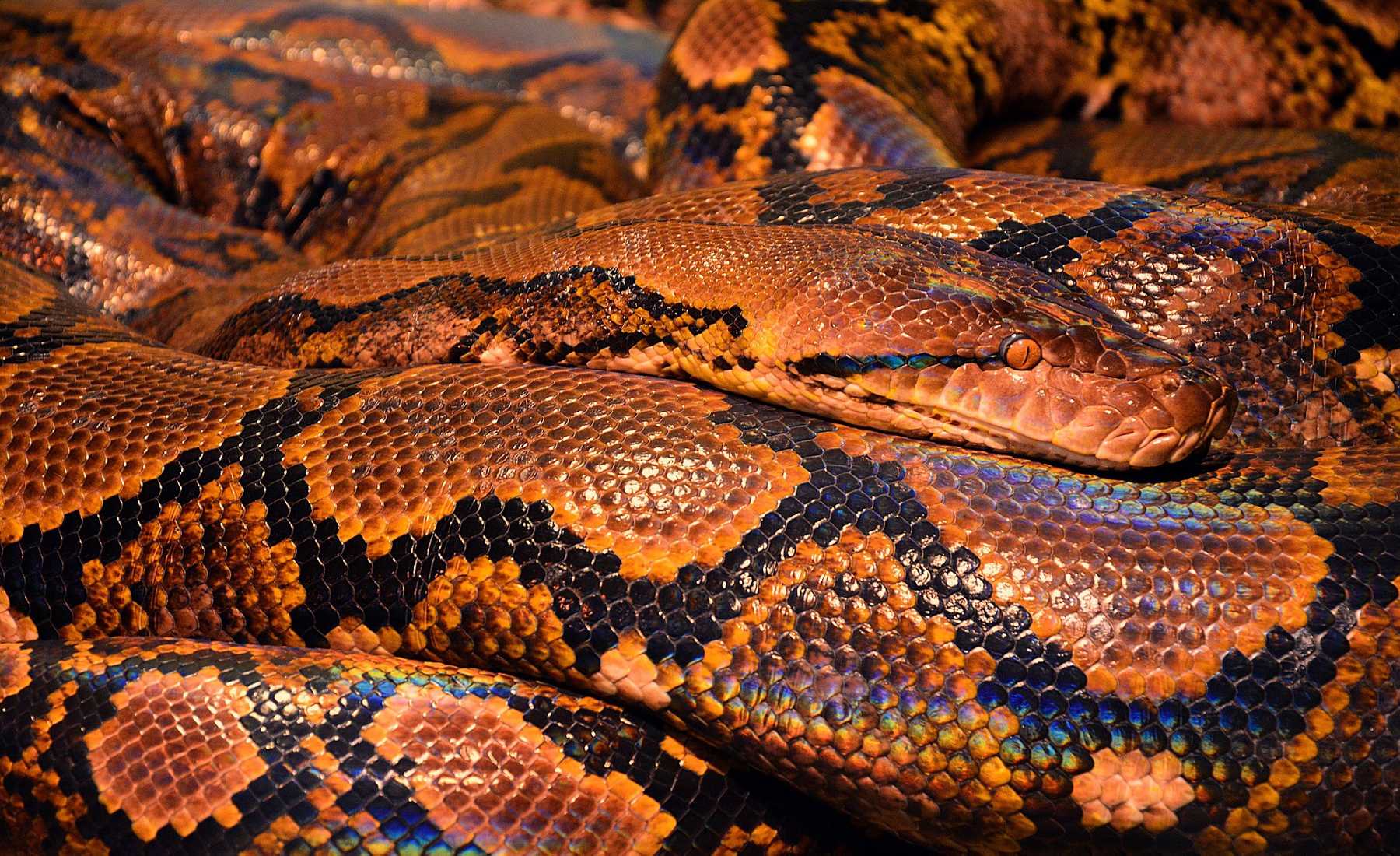 This is a really interesting observation worth thinking about. Bitcoin is like a self-sustaining, abstract organism. It survives because the rules inside of it are designed such that it can maintain a secure ledger — which we find very useful. In order for the secure ledger to function though, Bitcoin needs hashing power.

So, its a sort of recursive, boot-strapping process by which the Bitcoin organism thrives.

Taking the biological analogy further, the protocol can be thought of as the abstract organism’s behavioural characteristics. These define what the system can do, and will do. It then acts out this predefined behaviour in an autonomous manner.

The code behind the protocol is the DNA, which is always evolving, and the blockchain is like an immortal body.

When Satoshi wrote the Bitcoin code they were writing its DNA which of course determines the system’s behaviour. When Satoshi ran the Bitcoin code for the first time, a node was born and life was breathed into the DNA of the system. Bitcoin was now ‘alive’. Other nodes then spontaneously came online and the organism grew. Once the system sufficiently caught on it became self-sustaining. Satoshi could not only turn off their node without affecting the system, but they couldn’t stop the system even if they wanted to. It now had a life of it’s own.

The organism evolves. Intelligently designed ‘mutations’ occur when the protocol is upgraded. If some change is too large or controversial for the intelligent designers to all agree on it, the system may hard-fork. This is analogous to speciation, the divergence of an animal species into two or more different and incompatible species. Now the two protocols can compete and ‘natural selection’ can occur. The stronger protocol will thrive. The weaker may die.

These organisms are incredibly resilient. A thriving system like Bitcoin can survive massive node loss. Entire geographic regions on Earth could be wiped out and the system would not only continue to function, but even heal itself. The decentralised nature of these systems means they have no single point of failure. They have no ‘head’ that can be cut off. 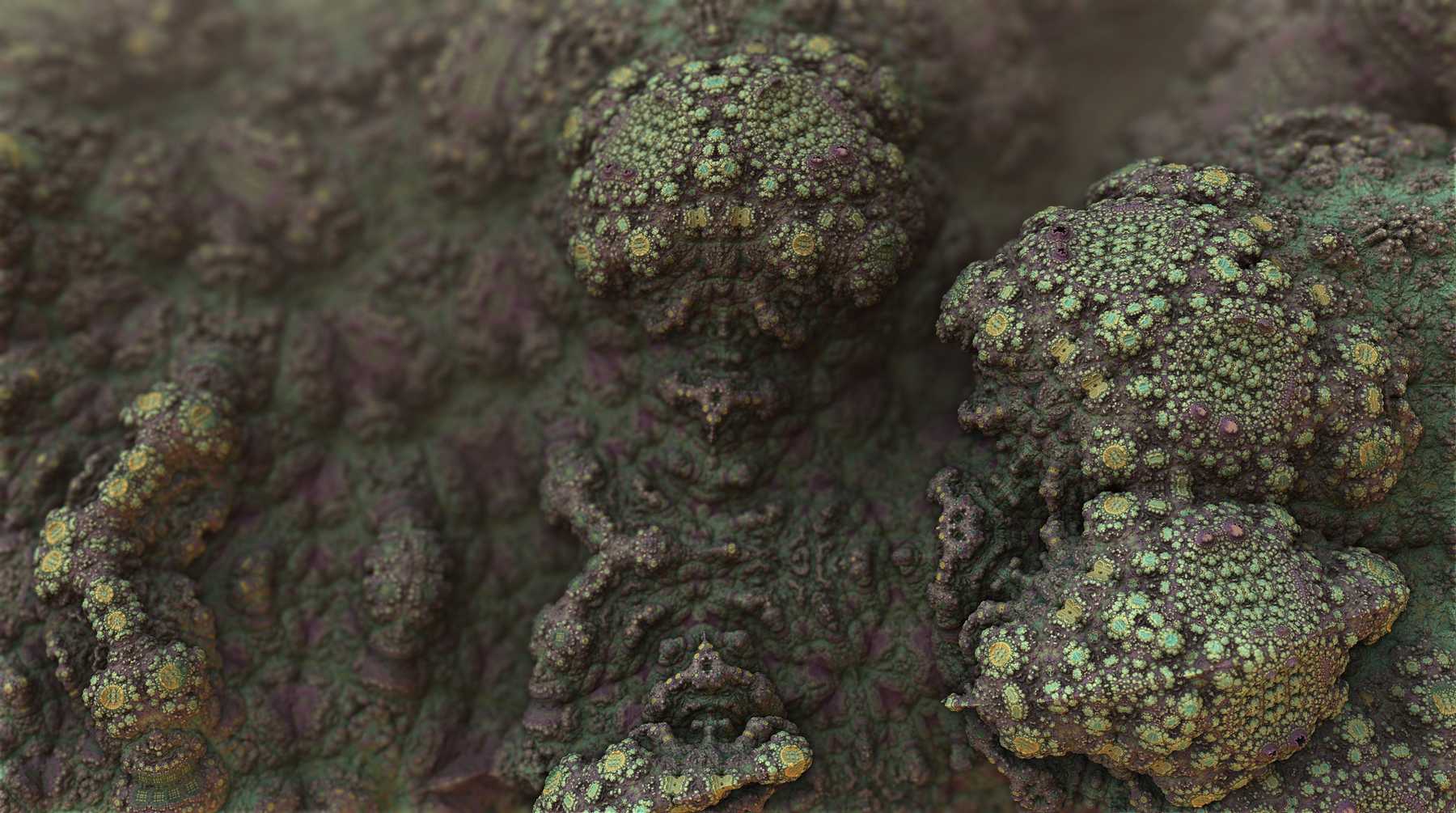 In early 2009 there was just one organism in the ‘ecosystem’. That was Bitcoin. The ecosystem is now diversifying like crazy. There are now multiple species in the same ‘genus’ as Bitcoin — these are the Bitcoin forks: Litecoin, Bitcoin Unlimited, Bitcoin Cash etc.

There are also organisms in the same ‘family’ as Bitcoin — those systems that function as money, but different ‘genus’: Dash, Monero, Zcash etc.

Then there are different ‘families’, ‘orders’, or ‘classes’ as well. There are systems for governance, prediction markets, commerce, identity, and many more. All of these systems will compete and evolve, thrive or perish. 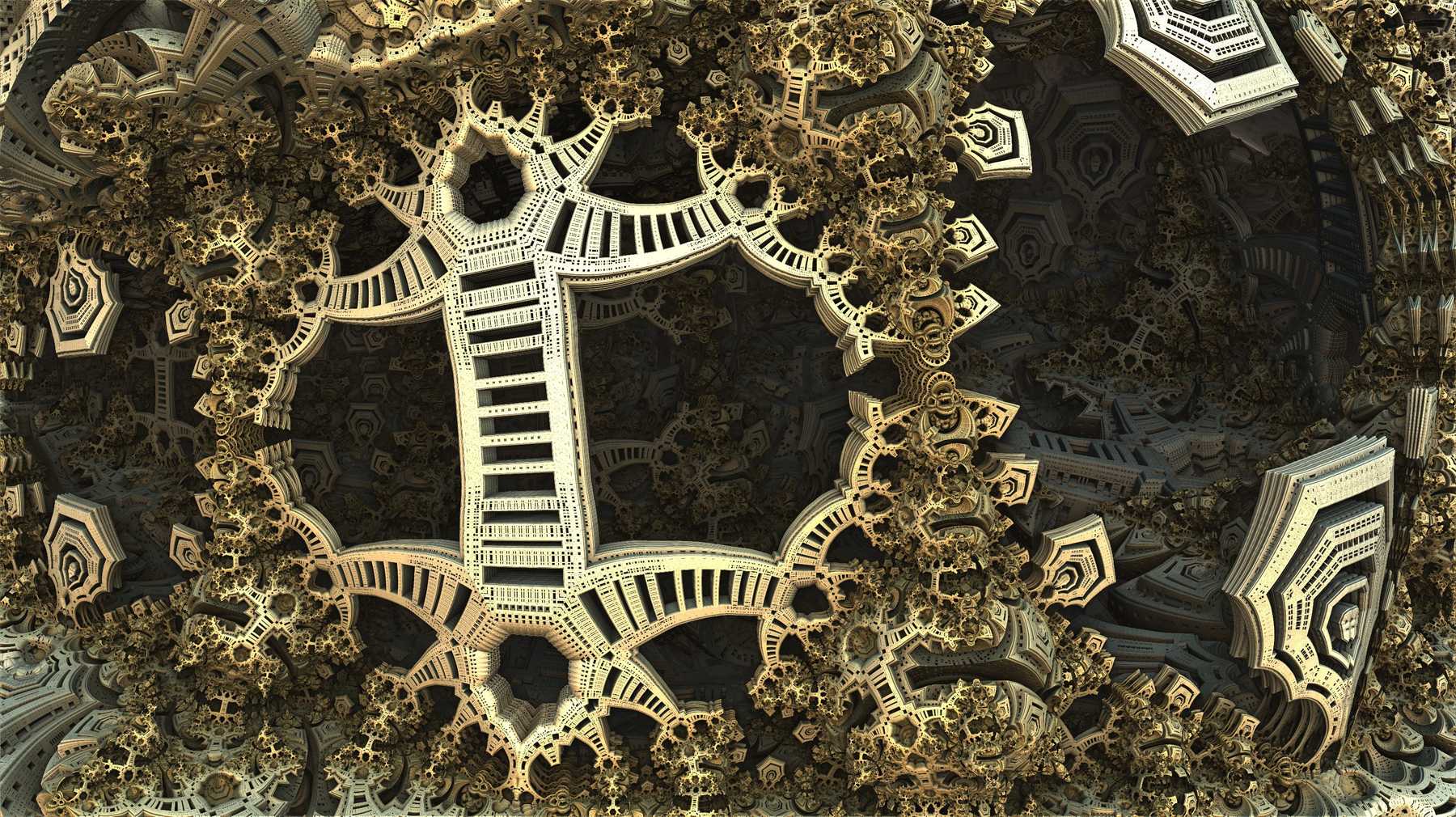 In order for Ethereum to serve as a platform upon which other cryptoeconomic systems can be built, it needs to offer some kind of building block which can be used to construct these systems.

Smart contracts serve this role. Smart contracts are special accounts on Ethereum that run code when Ether is sent to them. They execute a Turing-complete programming language, so they are like general-purpose machines living inside Ethereum universe.

These machines can be designed to implement all manner of cryptoeconomic systems including money systems like Bitcoin, decentralised file storage and computing markets, name registries and many others no doubt that haven’t yet been thought of.

They can also control money. So imagine future self-driving car services that are ‘self-owned’; no owner, no employees, and all profits going towards expanding the fleet until the demand is met and the system shifts toward a zero profit model.

Not only are these machines able to control money, they can also interact, and trade with each other. An internal ecosystem can emerge where smart contracts compete in their own markets in an autonomous way.

These smart contract ‘agents’ can also be composed into meta-machines or cooperative organisations. Some of these organisations may end up controlling vast amounts of wealth. Some may serve as governmental institutions.

So, we could see an alien landscape of ethereal entities develop where individual agents, as well as collections of agents compete and evolve and cooperate. We could see machine economies emerge that are unrecognisable and incomprehensible to us, and yet control huge amounts of money, and massively influence our lives. 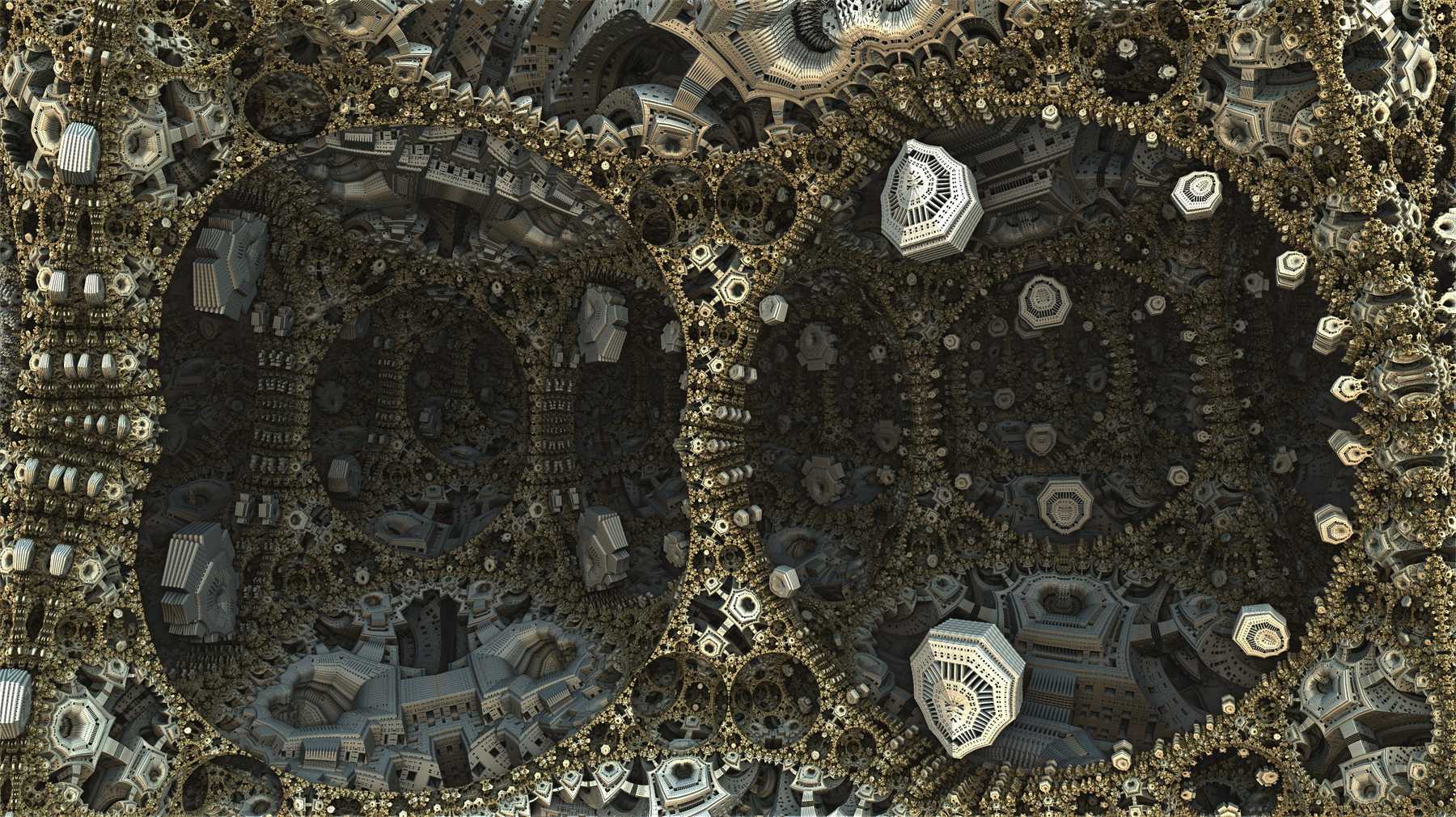 I think such an organic, competitive ecosystem could produce truly brilliant systems that orchestrate our world in ways we never imagined possible. I suspect these systems will appear very strange at first and then in retrospect we will realise their impact was on the scale of things like the car, the Internet, even Democracy itself.

Some of these systems may be under development right now!