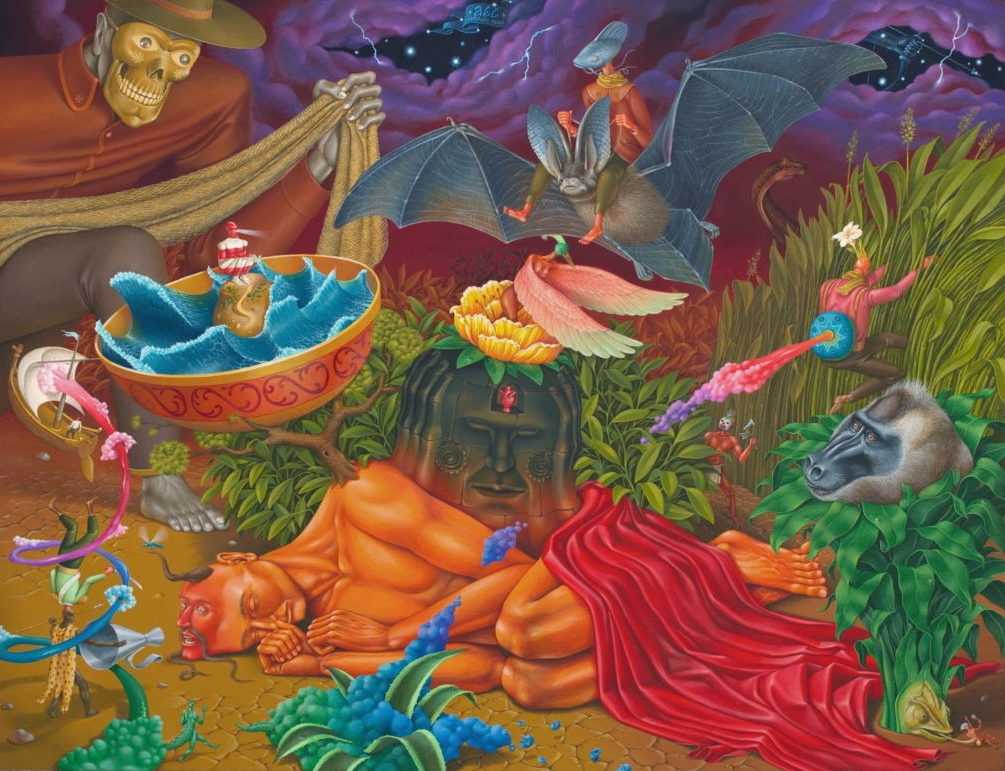 Exploration of the Unconscious

I undertook something that not everyone may undertake: I descended into the depths, I bored into the foundations.

He enters a labyrinth, and multiplies a thousandfold the dangers that life in itself brings with it – of which not the least is that nobody can see how and where he loses his way, becomes solitary, and is torn to pieces by some cave-minotaur of conscience.

Nietzsche went deeper into the labyrinthine cave of the unconscious than perhaps any person who has ever lived. His journey was not fruitless. He uncovered truths of immeasurable value, and wrote some of the most profound philosophy in history. But it would also appear that he became lost in the maze, and ultimately never found his way out.

There is real danger in these explorations. An individual psyche is a foreign land, which in truth, can only be explored alone. The more common and well trodden territory is common to most people, and is therefore well mapped. But the depths, the fringes, the frontiers — these are alien lands. If an individual ventures out to the fringes, there is no map or guide that can help them. This is part of the danger.

The depths also contain strange, powerful and untamed creatures. In the depths one may come to understand the awesome power of their attention, for example. To truly understand the power of attention is to understand its destructive power. Intense attention on the wrong things can destroy a person. And of course, attention wielded well can bring about incredible success.

The depths of the mind contains dragons but also gold. Nietzsche recovered many pieces of gold, but then became lost (it would seem). Jung recovered much gold too, but was able to stay tethered. He was able to find his way out of the labyrinth. Perhaps because he had his “Ariadne” — his wife, his children, and his professional practice and reputation.

The unconscious is the deep dark water of the mind, whose scope and contents are not known. Are these dark pools distinct and separate in each person? Or, are they connected? Rather than isolated pools, might the unconscious be more like an estuary in a greater ocean — a tiny body which seems distinct, but is actually part of a much larger whole?

If this is the case, then what might happen when the border between the estuary and the greater ocean breaks? Could the autonomous entities which occupy the unconscious realm and work through individuals — normally in subtle ways — break through into the psyche? Might the individual then lose his sense of individuality, and come to identify with the entities in the vast realm of the unconscious? Is this what happened to Nietzsche?

It is a mere prejudice that I am a human being. Yet I have often enough dwelled among human beings and I know the things human beings experience, from the lowest to the highest. Among the Hindus I was Buddha, in Greece Dionysus – Alexander and Caesar were incarnations of me, as well as the poet of Shakespeare, Lord Bacon. Most recently I was Voltaire and Napoleon, perhaps also Richard Wagner… I also hung on the cross.

What is unpleasant and jeopardizes my modesty is that, fundamentally, I am every name in history.

— Nietzsche, before his break

…the approach or invasion of the unconscious can cause… a dangerous inflation, for one of the most obvious dangers is that of identifying with the figures in the unconscious. For anyone with an unstable disposition this may amount to a psychosis.

Maybe Nietzsche, in his pursuit of the Philosopher’s Stone, in his descent into the depths, in his journey to far away, exotic lands — maybe he came upon a truth that broke him. Maybe he discovered a portal in the mind — a portal to the ocean of the collective unconscious — a portal which Nietzsche opened, allowing the sea to rush in.

In the Bible, a scapegoat is one of two kid goats. As a pair, one goat was sacrificed (not a scapegoat) and the living “scapegoat” was released into the wilderness, taking with it all sins and impurities.

When personal suffering arises because a specific person wronged you, you may be able to find catharsis and resolution through the justice system. But life also inflicts all kinds of seemingly random and pointless suffering on people which cannot easily be blamed on any person. People get sick, their children die, natural disasters happen.

These natural misfortunes can cause an accumulation of misery, hatred, and resentment in people. If this psychic poison is held onto, it will corrupt the host — they will become psychically ill. Their discontentment will express itself in antisocial behavior, even murder and genocide. The psychic poison must be transmuted into something positive like creative expression, or purged in a way that minimizes collateral damage.

Positive transmutation is the preferred option, but is attainable only by the few. Nietzsche, for example, was able to transmute his suffering (due to lifelong chronic illness) into great works of philosophy — he transmuted his suffering into art. But transmutation is a great feat, beyond most people, we are much more likely to inflict our pain outward onto something or someone.

The role of scapegoating rituals in “primitive” cultures was to expel psychic poison from the people, in order that they would not destroy themselves and each other. The people would “channel” their dark energy into the animals. They put their hate and envy and misery into the animals, they “blame” the animals for all their suffering, then they get the satisfaction of watching one of the animals killed before them. The other animal is cast out and “carries away their sins”. 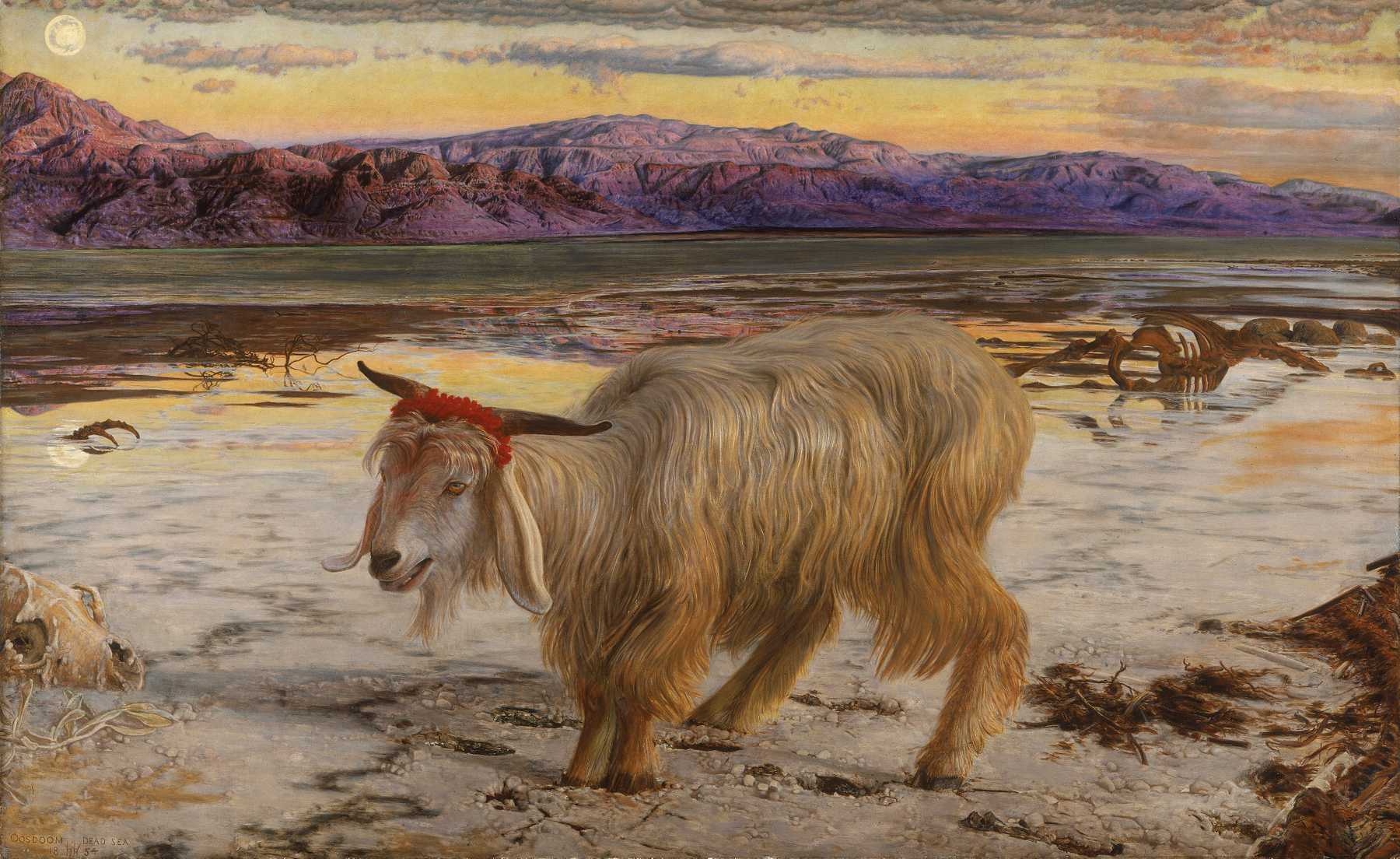 This is the wisdom of the ritual. The psychic poison is expelled in a minimally harmful way. The cost is just two animals. Whether negative “energy” can really be channeled into the animals is irrelevant. If the people feel a cathartic release then it worked…

We no longer have these kinds of rituals. We think them primitive and “beneath” us. Nor do we have much in the way of transmutation. Among the few in the past who were able to transmute their suffering into creative and productive work, most of those individuals found their inspiration and path for transmutation through religion.

As modern Western people we have neither religion nor scapegoating rituals — nor any rituals really. The vast, vast majority of people have no outlet at all for their frustration. But that energy wants to come out — it has to come out. So what we do is we look for scapegoats, and we bloody well find them. We have an insatiable desire for villains/oppressors that we can heap our misery and anger upon. Then with our psychic poison put onto those evil people we seek to inflict maximum pain and punishment onto them.

It does not really matter whether the chosen villains are actually guilty to the degree we claim. But we must be able to convince ourselves, and others, that they really are guilty and deserving of our wrath — so there must be a good narrative around it. So any real guilt that can be found is of great help. Of course this is all happening unconsciously…

If you look into your shadow you will find this desire in yourself too. We all have built up frustration, today perhaps more than ever, and we want to expel it — we want someone to blame it all on. Understand that where there is such an intense desire and demand for villains that they will be found — or fabricated as needed.

Now think back over the last few years, and to current events and ask where this might be occurring. Where are we spending great energy casting blame? Where are we working to create narratives of blame?

…modern people…are ignorant of what they really are. We have simply forgotten what a human being really is, so we have men like Nietzsche and Freud and Adler, who tell us what we are, quite mercilessly. We have to discover our shadow. Otherwise we are driven into a world war in order to see what beasts we are.